Are you considering a property investment in Northampton?

In this article, local property price and rental yield data are presented to help you decide.

Why Invest In Northampton Property?

Northampton is situated in the heart of England along the River Nene. Excellent transport links connect Northampton to all major UK cities and international destinations.

London can be reached in an hour by car when taking the M1. Northampton is also connected to the M6, M40, M45, and many A roads. All these road connections mean you can easily take a trip to any other part of the UK.

The nearest airport is London-Luton that can be reached in 50 minutes by car or an hour by train. Fantastic for international travel.

Popular cereal brand, Weetabix Ltd, has its operations in Northampton and employs a significant amount of people in the area. Engineers, factory workers, and other support staff are often needed here.

Travis Perkins PLC is the UK's largest builders merchant with its headquarters based in Northampton. Around the UK over 20,000 people are employed by Travis Perkins in a variety of roles.

UK toy retailer Toymaster has its headquarters based in in Northampton.

Students can choose from a variety of student accommodations. This is because the university has three halls of residence providing affordable accommodation. Making new friends, joining various clubs, and enjoying everything Northampton has to offer all make the student experience at the University of Northampton one of the best in the UK.

There is lots of evidence of ancient humans living in the Northampton area for thousands of years. The first record of Northampton as we know it today was when it was an Anglo-Saxon village in the 9th century. There was a fort, trade, and crafts in the small town.

During the 12th and 13th centuries the population started to grow. A church was built and stone fortifications. The town also got its first mayor, weekly markets, and a royal charter permitting annual fairs. During this time the main industry was wool. Wool was made, woven, and dyed in Northampton.

The Black Death plague decimated the population of Northampton - estimates suggest more than half of the people living in Northampton died from the Black Death. Another source of death and destruction was fire. As most buildings were built of wood, then any fire was often devasting. In 1516 and 1675, Northampton suffered devastating fire's that destroyed most houses.

Despite these tragic events, Northampton started to grow in both size and prosperity. By the 17th century, wool was no longer the main industry. Instead, Northampton was renowned for shoemaking.

The 19th century saw the population increase rapidly and along with it Northampton built many amenities. A railway, public library, piped water supply, and a theatre were just some of the exciting additions to the town. By the end of the 19th century, over half the working population were in the shoemaking industry and brewing was the other significant industry in the area.

Northampton in the 20th century continued to see steady growth. The town was modernised with electric streetlights, public baths, and more social housing.

The end of the 20th century and beginning of the 21st have continued Northampton's steady growth. This is partly driven by commuters to London that can live in the town but easily commute to work in the capital.

Investing today with a view to the projected resale value of your property is vital for achieving capital appreciation. Reviewing accurate, historic price information can help inform your growth projections.

Researching local rental yield information offers valuable insights into whether a property investment is likely to be profitable. 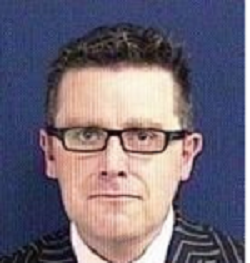 Peter D Doherty is the founder of the Property Investor Academy.

A Masters graduate in accounting and finance from Dublin City University, Pete worked in the City of London for 14 years. He held senior finance roles (Financial Controller) in several substantial UK commercial banks. He is a graduate of Macquarie University.

With over 10 years property investing experience, he is the owner of a London based lettings agency as well as proptech consultancy. He regularly contributes to online landlord forums such as Propertytribes and Reddit.  Peter is a member of National Residential Landlords Association (“NRLA”).